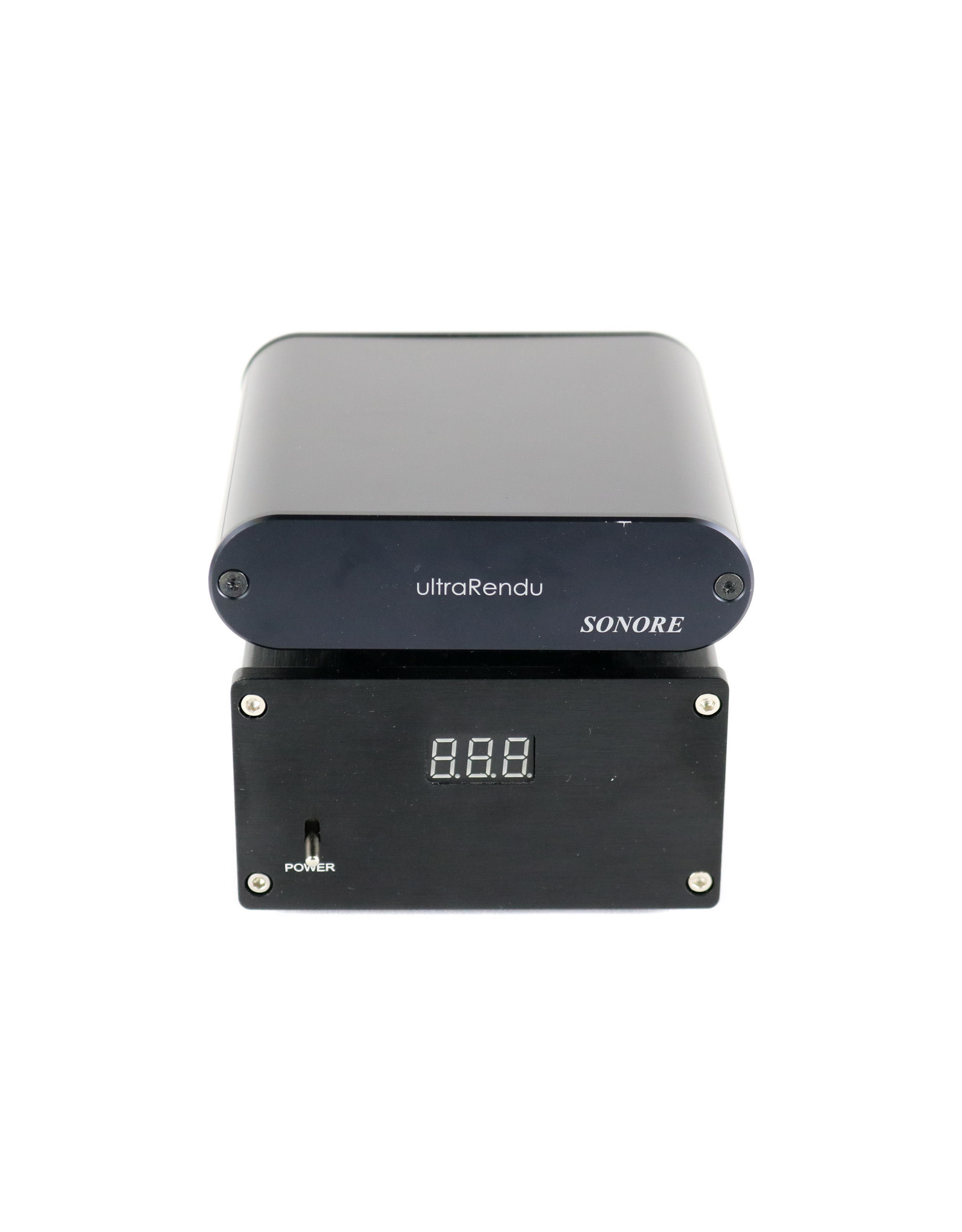 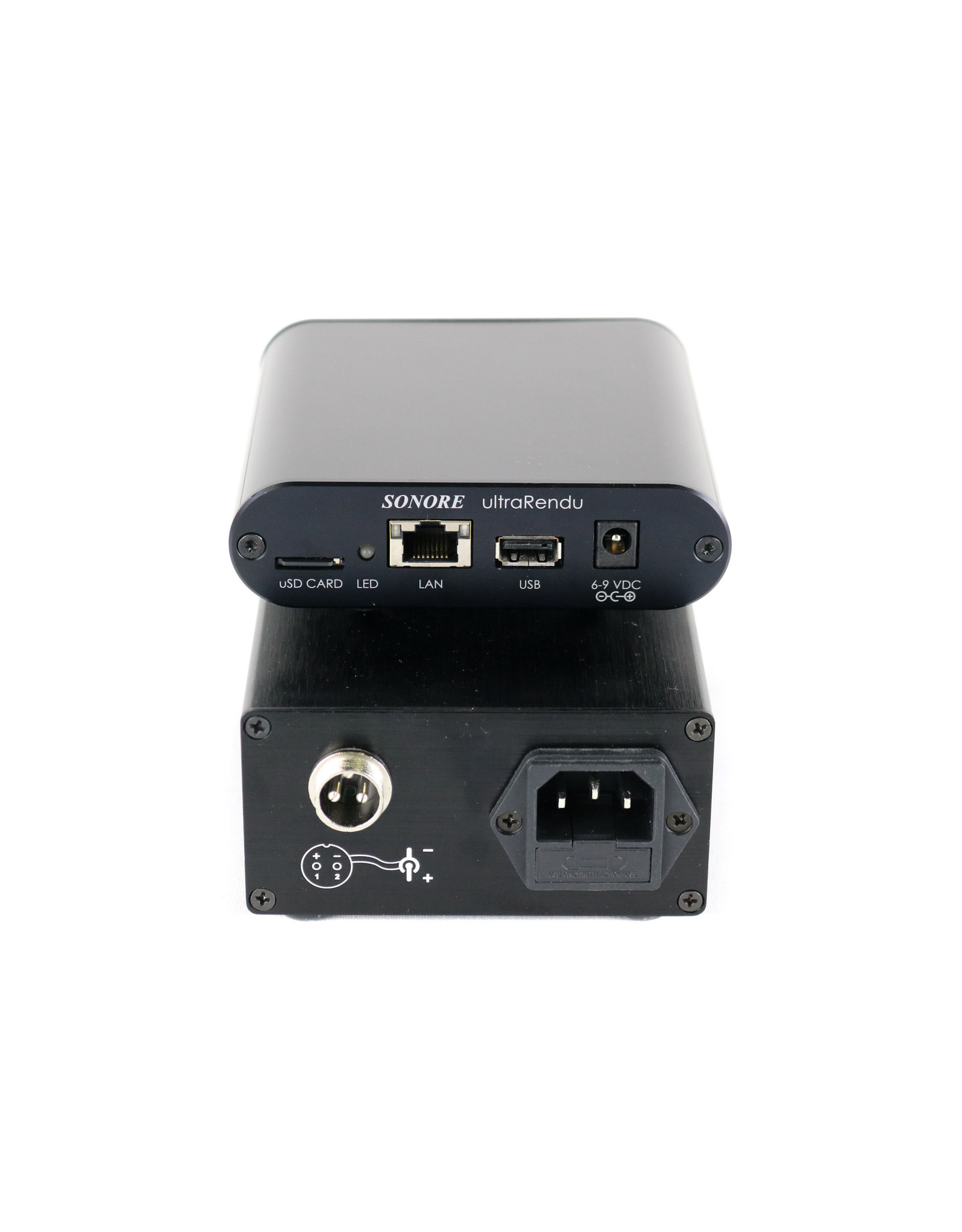 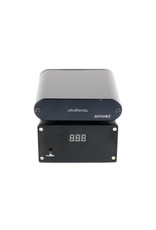 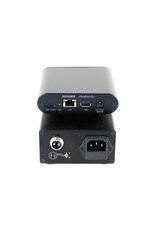 This is a unique digital music renderer - full details below.

The Sonore ultraRendu project is an extension of the microRendu project that came before it. The design is inspired by audiophile gear and meant to bring grace and simplicity to a microcomputer. The original microRendu was very small and intended to be hidden out of sight behind your other gear. The ultraRendu can be powered by your favorite power supply. The ultraRendu remains as an Ethernet input and USB-Audio output, but all the connectors are located on the rear of the unit for easy cable routing. The ultraRendu utilizes a new proprietary printed circuit board with only the essential components and many updates to match its ultra designation. The best way to connect the ultraRendu to a USB device is via your favorite USB cable. The ultraRendu is easy to configure, accepts streams from various sources, and includes our latest version of our operating system Sonicorbiter.

Mode #2 - ShairPort Output - This is an AirPlay emulator that utilizes streams sent to it from a compatible source. This output supports true gapless playback of PCM.

Mode #6 - Spotify Connect Output - This output can be controlled by your computer or tablet running the Spotify application. This application is based on librespot which is an open source client library for Spotify. The application is in Beta form.

SOFTWARE FEATURES
• Supports the following PCM sample rates up to: 44.1kHz, 48kHz, 88.2kHz, 96kHz, 176.4kHz, 192kHz, 352.8kHz, 384kHz, 705.6kHz, and 768kHz
• Supports the following DSD sample rates up to: DSD64, DSD128, DSD256, DSD512
• POP free DSD/PCM transitions
• Not all USB devices or output modes support the maximum sample rate of the unit
• RoonReady certified
• Audirvana Plus certified
• Running Logitech Media Server locally allows playback of local radio stations and streaming service
• Logitech Media Server allows you to use the unit as a UPNP server in combination with Drive Mounter
• The Software Manager that allows you to install and uninstall apps as needed
• BubbleUPnP Server app allows any renderer to take advantage of the OhMedia - OpenHome protocol
• OhMedia - OpenHome protocol allows the Linn Kinsky and Linn Kazoo Apps with playlist support to be used as controllers
• Supports Tidal and Qobuz lossless streaming via thrid party applications
• Native DSD supported
• The unit is controlled via third-party apps on your mobile device and on your computer
• Based on Sonicorbiter, closed source and open source (GPLv2)