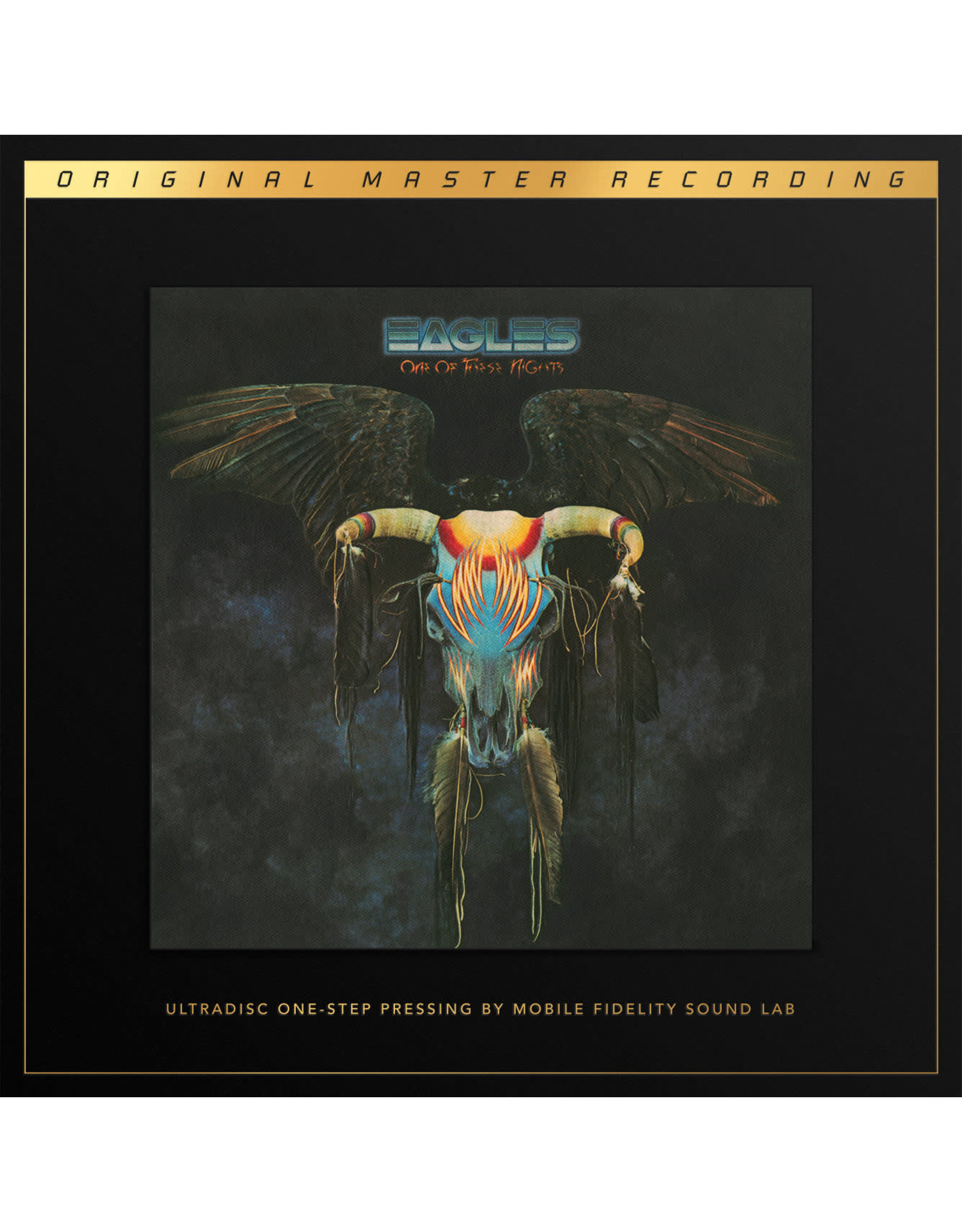 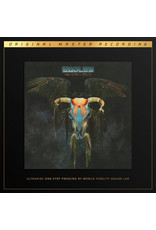 MASTERED FROM THE ORIGINAL ANALOG TAPES, PRESSED AT RTI ON MOFI SUPERVINYL, AND LIMITED TO 10,000 NUMBERED COPIES
1/4" / 15 IPS / Dolby A analog master to DSD 256 to analog console to lathe

One of These Nights occupies an important, unique place in the Eagles' discography given it represents the final album the group made before releasing the bajillion-selling Their Greatest Hits (1971-1975) compilation. The timing is telling. A coming-out party for Glenn Frey and Don Henley's songwriting skills, the studio record – the band's fourth, and its first to hit #1 on the charts – signifies the group's ascent to superstar status. Home to three massive singles (the title track, "Lyin' Eyes," and "Take It to the Limit") and nominated for four Grammy Awards, the quadruple-platinum 1975 effort solidified the Eagles' Southern California-reared sound and made the band a household name.

Track Listing
1. One of These Nights
2. Too Many Hands
3. Hollywood Waltz
4. Journey of the Sorcerer
5. Lyin' Eyes
6. Take It to the Limit
7. Visions
8. After the Thrill Is Gone
9. I Wish You Peace